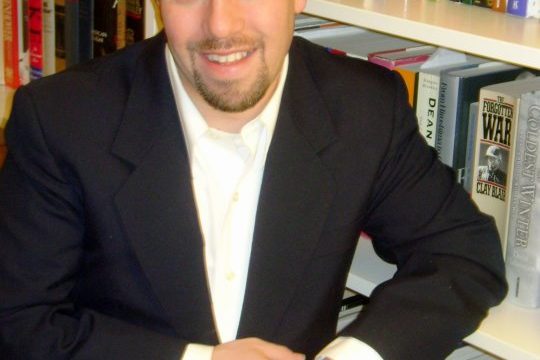 Benjamin Runkle holds a doctorate in Government from Harvard University. He has served in the Department of Defense, as a Director on the National Security Council, as a Professional Staff Member on the House Armed Services Committee, and as an advisor in the Department of Homeland Security’s Office of Cybersecurity and Communications. He is a former Army officer, to include service in Operation Iraqi Freedom during which he was awarded the Bronze Star. His current research topics include counterterrorism, cybersecurity, irregular warfare, and the Middle East.

Dr. Runkle is a former political scientist with the RAND Corporation and co-author of over a dozen studies on U.S. Iraq, Middle East, and counterterrorism strategies, including Occupying Iraq: A History of the Coalition Provisional Authority (2009) and After the War: Nation-Building from FDR to George W. Bush (2008). He is the author of Wanted Dead or Alive: Manhunts from Geronimo to Bin Laden (Palgrave Macmillan, 2011). His writing on national security has appeared in Foreign Affairs, Foreign Policy, The New York Times, The Washington Post, The Christian Science Monitor, The Guardian (UK), The Jerusalem Post, Tablet Magazine, Joint Forces Quarterly, RealClearDefense.com, WarOnTheRocks.com, and Small Wars Journal, amongst other publications.