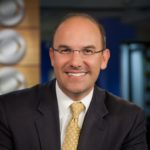 Juan Zarate is the Chairman and Co-Founder of the Financial Integrity Network, the Senior National Security Analyst for CBS News, and a Visiting Lecturer of Law at the Harvard Law School. Mr. Zarate also serves as the Chairman and Senior Counselor for the Foundation for Defense of Democracies’ Center on Sanctions and Illicit Finance (CSIF), a Senior Adviser at the Center for Strategic and International Studies (CSIS), and a Senior Fellow to the Combating Terrorism Center at West Point.

Mr. Zarate served as the Deputy Assistant to the President and Deputy National Security Advisor for Combating Terrorism from 2005 to 2009, and was responsible for developing and implementing the U.S. Government’s counterterrorism strategy and policies related to transnational security threats. Mr. Zarate was the first ever Assistant Secretary of the Treasury for Terrorist Financing and Financial Crimes where he led domestic and international efforts to attack terrorist financing, the innovative use of Treasury’s national security-related powers, and the global hunt for Saddam Hussein’s assets. Mr. Zarate is a former federal prosecutor who served on terrorism prosecution teams prior to 9/11, including the investigation of the USS Cole attack. Mr. Zarate has earned numerous awards for his work, including the Treasury Medal.

Mr. Zarate sits on several boards, including HSBC’s global Financial System Vulnerabilities Committee (FSVC) and the HBMX FSVC, the Vatican’s Financial Information Authority (AIF), the Board of Advisors to the Director of the National Counterterrorism Center (NCTC), the George Washington University’s Center for Cyber & Homeland Security, America Abroad Media’s (AAM) Board of Advisors, the RANE Network Board, the Aspen Institute’s Homeland Security Group, and the Coinbase Board of Advisors. He is a senior adviser to several technology companies and is a member of the Council on Foreign Relations.

He is the author of Treasury’s War: The Unleashing of a New Era of Financial Warfare (2013), Forging Democracy (1994), and a variety of articles in The New York Times, Financial Times, Washington Post, Wall St. Journal, LA Times, the Washington Quarterly and other publications.

Mr. Zarate has his own weekly national security program on CBSNews.com called “Flash Points.” He is a graduate of both Harvard College and Harvard Law School and a former Rotary International Fellow (Universidad de Salamanca, Spain). He has been inducted into the Mater Dei High School Ring of Honor.