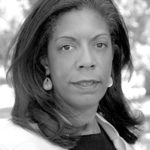 Kiron K. Skinner is the W. Glenn Campbell Research Fellow at the Hoover Institution. She is a member of three Hoover Institution projects: the Shultz-Stephenson Task Force on Energy Policy; the working group on the Role of Military History in Contemporary Conflict; and the Arctic Security Initiative. At Carnegie Mellon University (CMU), she is founding director of the Center for International Relations and Politics; founding director of the Institute for Strategic Analysis; director of the Institute for Politics and Strategy, a new academic unit in the Dietrich College of Humanities and Social Sciences; director of the Carnegie Mellon University Washington Semester Program; and associate professor (tenured) of international relations and political science. In addition, Skinner is a Distinguished Fellow at CyLab, a cyber-oriented research center associated with the College of Engineering, and holds courtesy faculty positions at CMU’s Heinz College and the Institute for Software Research, an academic department in the School of Computer Science. She has also taught political science courses at Hamilton College, Harvard University, and the University of California, Los Angeles. Her areas of expertise are international relations, international security, US foreign policy, and political strategy.

Detailed biographies about Dr. Skinner can be found on the Hoover Institution and Carnegie Mellon University websites.