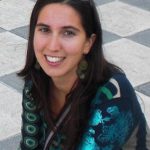 Lucía has been a postdoctoral researcher in the Department of Psychology at University of Almeria (UAL) and at University of Granada (UGR) in Spain. She has been a Research Assistant in a funded project regarding the intercultural relations between host and immigrant populations (especially between Spanish and Moroccan people living in Spain). Her PhD thesis focused on the role of stereotypes (especially those related to moral traits) in shaping the majority’s acculturation preferences about minority groups. Her work has also been focused on the mediating role of perceived intergroup threat, identity fusion, and the cognitive and emotional mechanisms that underlie self-sacrifice. She has been visiting researcher at Royal Holloway University of London (UK), and Università degli Studi di Milano Bicocca (Italy). She has also several publications regarding intergroup prejudice, stereotypes, and acculturation processes. Lucía obtained her International Ph.D in Psychology (Psychosocial Analysis of Intergroup Relations) from University of Almeria (2013), her MS in Psychology of Social Intervention from University of Granada (2010), and her BS in Psychology from University of Salamanca (2009). Her current research interests are related to identity fusion and the relation to extreme behavior.