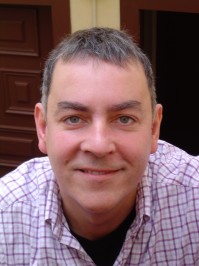 Oscar Vilarroya is an MD and PhD who heads the Cognitive Neuroscience Unit and the Social Brain Chair at the UAB and the Neuroimaging Research group at the Fundació IMIM, Barcelona. As a researcher, he has published studies in the field of neuroimaging of psychiatric diseases, as well as in the domain of cognitive science and theoretical neurobiology. Vilarroya has developed theoretical models applied to the neurobiological study of normal and abnormal cognition (The Dissolution of Mind Rodopi, NY 2002), and has used this theoretical background to apply neuroimaging techniques to the study of psychiatric illness, as well as cognitive functions in general. In this sense, Vilarroya contributed to the creation in 2003 the Unitat de Recerca en Neurociència Cognitiva (URNC) in the Department of Psychiatry at UAB. Since then, he has contributed with to the publication of nearly 20 articles in indexed journals of which 15 are in the top quartiles of their disciplines. In the last five years, Vilarroya has also been awarded three competitive projects (two national and one European) and 3 more by direct contract. The URNC has been consolidated in structural and functional MRI, including semi-automatic, manual and functional protocols. The URNC is already considered one of the most relevant neuroimaging units within ADHD, with publications that are now a pioneering reference (one 2005 paper with 60 citations in Web of Knowledge), and publications that offer one of the early diagnostic signs in psychiatry based on neuroimaging.