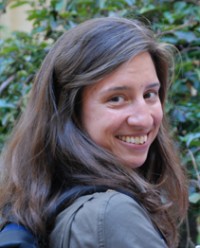 During the past five years, Stephanie Dornschneider completed her PhD thesis, in which she explores the sources of political violence. For her thesis, she conducted field research in Egypt and Germany, holding about 80 in-depth interviews with formerly violent and nonviolent individuals. Afterwards, she became a visiting research scholar at Stanford University, where she developed a computational model to systematically analyze the reasoning processes underlying political violence, identified from her interviews. In addition, she worked as a Teaching and Research Assistant at the Graduate Institute of International and Development Studies (Sep. 2008 – Dec. 2010), the Geneva Centre for Security Policy (Jan. – Aug. 2008), and The American University in Cairo (Sep. 2005 – Feb. 2007). She also worked as a journalist, and published about 800 newspaper articles from Germany, the UK, the US, and the Middle East (1994 – 2007). She is fluent in English, Arabic, French and German (native language). Ms. Dornschneider obtained her PhD in International Relations, Graduate Institute of International and Development Studies (IHEID).